Welcome to the internet, where the bizarre becomes reality, and then it makes people insanely rich.

Today’s phenomenon revolves around the old-meme-suddenly-turned-target of the now-trending WallStreetBets (WSB) meme stocks, in which a person goes on a random rant only to have a uniformed clerk ever-so-eloquently inform the ranter that “sir, this is a Wendy’s.”

It’s one of those non sequiturs that kind of rings true for anyone who became so lost in a single moment that they didn’t even realize who it was they were talking to.

Given the context of meme stocks rising beyond their reasonable valuations based solely on the retail enthusiasm of investors who are often in it more for the lulz then to make a buck, it seems quite fitting that shares of Wendy’s (NASDAQ: WEN) suddenly and inexplicably jumped to a new all-time high this morning of nearly $30, before settling back to a more reasonable level at the time of this writing.

There certainly is an element of haphazardness to it all.

The meme has been around for ages, so why it would suddenly occur to meme traders to bid it up now is anybody’s guess.

Unlike other targets of the evangelical WSB forum, WEN has not been targeted by short sellers, and it actually enjoys a strong balance sheet with decent growth prospects as the company positions itself to be a post-COVID-19 breakfast spot…

Or so the mainstream media may have you believe.

Is it a conspiracy though?

A google search for “wen meme stock” produces no shortage of major coverage on how Wendy’s is now the latest stock to be targeted by WSB.

However, scrolling through the actual WSB forum‘s top posts, it doesn’t seem to be getting any attention at all.

I scrolled for nearly 15 minutes and didn’t see a single post about it.

In fact, a native search of the forum produces this analysis as the most relevant post.

It only had 56 karma from upvotes at the time of this writing, which isn’t much at all for this sort of thing, and it certainly wouldn’t account for such a pump.

Luckily, a site called Swaggy Stocks shows us some great visuals for all of WSB’s top picks, and it has an interesting revelation about shares of WEN. 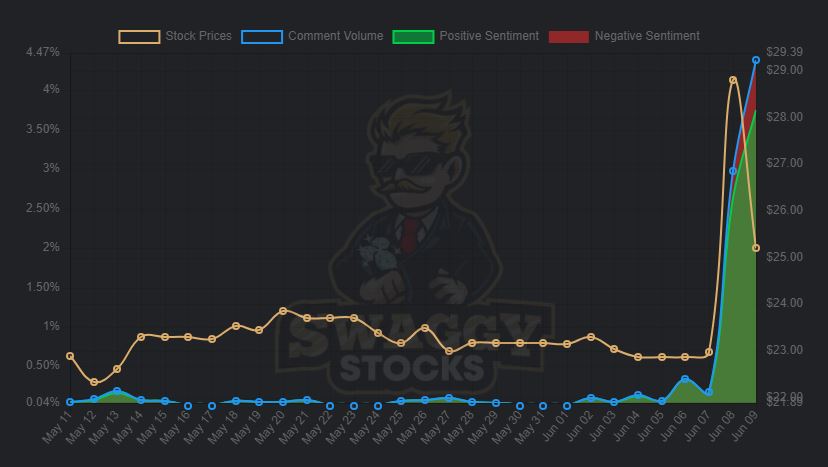 What we can see here is that there was only a minor rise in comment volume (about 0.36% of total WSB ticker mentions) before the trading volume took off.

As a result, it’s just as likely that the price action is what caused the comments as is the opposite. If it wasn’t actually Reddit users who took the price to the moon, who was it?

Well, whoever it was, I can certainly understand their desire for WSB to pick it up.

The main story today on crypto twitter of course comes from our new friend, the president of El Salvador, who tweeted: 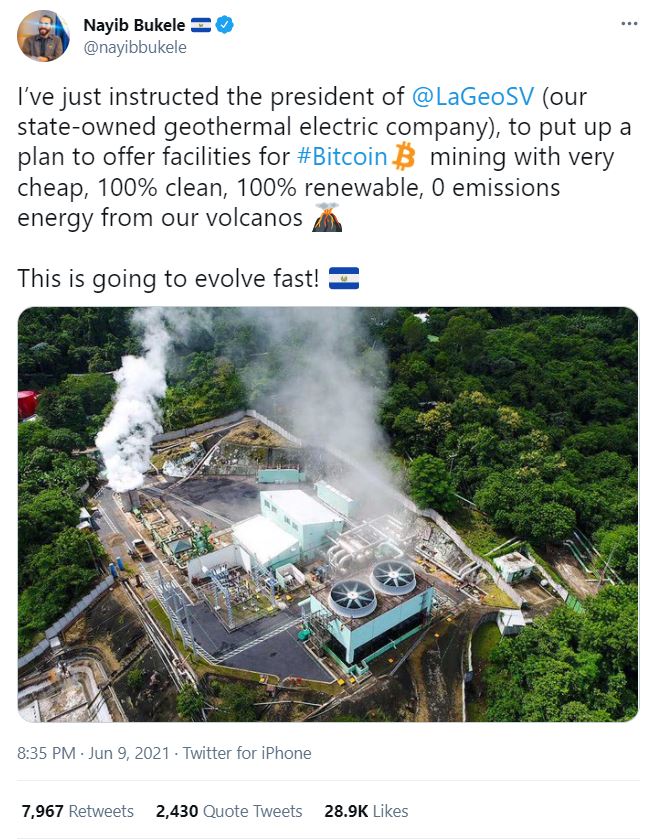 I didn’t even know that energy from volcanoes could be harvested in this way, but it’s really good to see this sort of innovation being sparked by Bitcoin, especially with all the energy FUD we just saw.

As the old saying goes…Bitcoin fixes this.

Cardano is the seventh largest cryptocurrency by market capitalization. It has made a Stellar comeback in the past few days on the back of its...

The Hong Kong government has released a so-called “Talent List” initiative in order to attract “highly skilled” professionals in DLT and fintech.